Hidden Gems In The Lake District

The Priest Hole is a location I first went to back in 2013 when I was starting to get more into photography. I was pretty obsessed with searching on maps looking for locations to go to and I’d create lists of small tarns and locations I hadn’t walked to before.

I noticed a place called “The Priest Hole Cave” on one of them which got me intrigued, so I did a bit of research before putting on my boots and going to find it, caves aren’t places that I like to explore on my own as they’re really dangerous, but the location on the map suggested that it probably wasn’t going to be that deep, getting rocks down from this location would have been a complete nightmare…

Returning to the Priest’s Hole

It’s been a while since I have been to the Priest Hole again, I don’t enjoy the walk up as its fairly brutal with all of my camera gear but the view at the top makes it worth it. But at the same time, I enjoy making thing difficult for myself as at the top/feeling once I get is an added bonus on top of the photographs. Photographing from the carparks has never excited me.

Climbing up to the Priest Hole

The walk started fairly easily following a track through the bottom of the valley walking past farm buildings, streams and other Lake District-y things such as Herdwick sheep. I’m not giving away the exact location, but it’s in the Lake District and it’s on the map.

Eventually, you reach a rocky area where the stones have been moved and steps have been created (I wouldn’t like the job of making those stairs) before the eventual scramble up to the top. In front of the cave is a big drop which is dangerous, but it also opens up the views down into the valley and over the tops of the Lake District Fells.

Inside the Priest Hole

I thought we were being followed up to the cave so we quickly got the photographs that I wanted. The photo I had in my mind was of just the cave opening with the mountains off in the distance. I set up the tripod and made it so that the horizon would be roughly in the middle of the frame, creating a better composition.

Once I got the photograph that I had in mind, my dad started looking out over the fells which made a silhouette of him as well as the cave opening. I decided to try out a more elaborate selfie, getting the 2 of us looking out whilst being framed by the cave. It was a bit tricky, but I think it worked out nicely. I always try and get a family photo when my dad comes on the walks. This one is going to be hard to beat.

Herdwick Sheep And Geese At The River Brathay. The Lake District 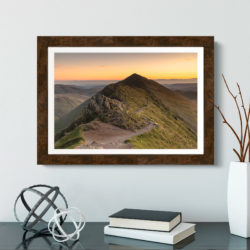 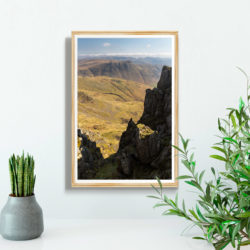 Sunlight And Shadows In The Gulleys On Crinkle Crags. The Lake District 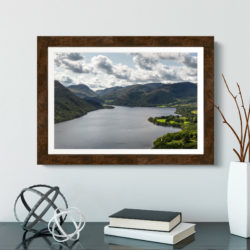 Sailing On Ullswater. The Lake Distict 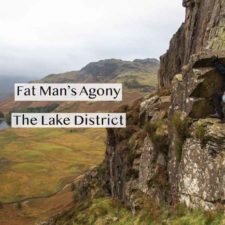 Climbing Blencathra Via Sharp Edge | Landscape Photography In The Clouds

Macro Photography For Beginners | A Budget-Friendly Guide To Getting Started

How To Display Pictures and Photographs

The Best Time For Landscape Photography 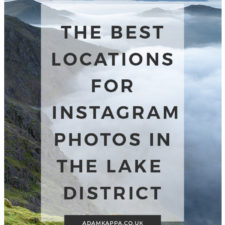 The Most Instagrammable Places In The Lake District

We use cookies to ensure that we give you the best experience on our website.I understand